mouth microbes called fusobacteria may use the bloodstream to reach and worsen colorectal tumors through a special sugar-binding protein, study finds.

Colorectal cancer is the third leading cause of cancer-related deaths in the United States when men and women are considered separately, and the second leading cause when both sexes are combined.
While the death rate from colorectal cancer has decreased in both males and females - due to colorectal polyps being found by screening and removed before they can develop into cancer - not enough people are getting screened for colorectal cancer.
In 2014 , 65.7 percent of U.S. adults were up-to-date with colorectal cancer screening; 7 percent had been screened, but were not up-to-date, and 27.3 percent had never been screened. Previous studies by the Garrett Lab at the Harvard T.H. Chan School of Public Health in Boston, MA, have shown fusobacteria to promote the formation of colorectal tumors and exacerbate colorectal cancer in animals. Also, they found that fusobacteria are enriched in human colorectal tissue when compared with neighboring healthy tissue.
According to the Harvard researchers and scientists from the Hebrew University-Hadassah School of Dental Medicine in Israel, this is the first study to shed light on how the microbes from the mouth make their way to the gut, and how they localize to and become abundant in colorectal tumors.
The findings, published in Cell Host & Microbe, demonstrate that fusobacteria use a sugar-binding protein to stick to developing colorectal polyps and cancers, whereby they proliferate and subsequently accelerate the disease. "As fusobacteria contribute to colon tumor development, revealing the mechanism that guides them to the tumor and why fusobacteria become abundant there might inform ways of blocking this," says co-senior author Wendy Garrett, of the Harvard T.H. Chan School of Public Health and the Dana-Farber Cancer Center.
"Alternatively, and perhaps more importantly, if we know how fusobacteria localize and become enriched in colon tumors, hopefully, we can utilize the same or similar mechanisms to guide and deliver cancer therapeutics to colon tumors," she adds.

Microbes have emerged as a key factor that influences the development and progression of colorectal cancer. With co-senior author Gilad Bachrach, of the Hebrew University-Hadassah School of Dental Medicine, Garrett suspected that oral microbes might travel through the bloodstream to reach colorectal tumors. The team examined two mouse models - with either precancerous or malignant colorectal tumors - and injected fusobacteria into their tail veins to test their hypothesis.
The fusobacteria became saturated in the colorectal tumors of both types of mice when compared with the adjacent normal tissue. Metastatic cancer is cancer that spreads to other parts of the body. When colon cancer spreads, it often spreads to the liver. Like the mouse models, saturation of fusobacteria was also detected in secondary colorectal cancer samples of the liver, but it was not seen in samples taken from tumor-free liver biopsies.

Additionally, the researchers discovered from using human samples and mouse models that the Fap2 protein that is located on the surface of fusobacteria recognizes a type of sugar, Gal-GalNac, which is abundant on the surface of colorectal tumor cells. From experimenting, the researchers learned that Fap2 mediates fusobacterial colonization of colorectal cancer tumors and metastasis.
When paired with the knowledge from recent studies - that Fap2 protein impairs the ability of the host immune system to kill tumor cells - the findings suggest that fusobacteria reaches colorectal tumors through the bloodstream and uses their Fap2 protein to bind to host cells and proliferate tumors, thereby accelerating colorectal cancer.
The strengths are that the study involved both human samples and mouse models. The weakness is that the available mouse models for colorectal adenocarcinoma do not completely reflect the slowly developing disease in humans, says Bachrach.
Based on our findings, it's too early to say whether we can prevent mouth bacteria from traveling through blood to the colon and promoting tumor formation or if some people are more at risk than others. Gilad Bachrach The research team says that future studies will examine the role of fusobacteria in the development, growth, and spread of colorectal cancer.
Although it may not be possible to prevent oral microbes from entering the bloodstream and reaching colorectal tumors, our findings suggest that drugs targeting either Fap2 or Gal-GalNac could potentially prevent these bacteria from exacerbating colorectal cancer, Garrett concludes. 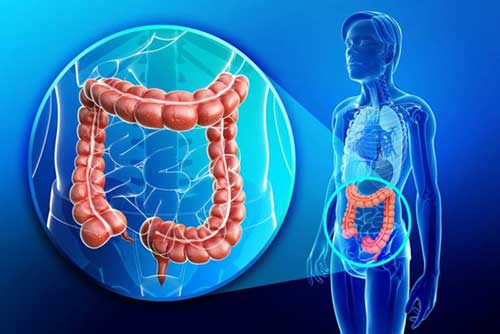