Chances are you or someone you know prefers sparkling water like trendy La Croix over tap or still mineral water. Whether it's the allure of the fizz or dissatisfaction with the run-of-the-mill beverage, people flock to what's more exciting.df Chances are you or someone you know prefers sparkling water like trendy La Croix over tap or still mineral water. Whether it's the allure of the fizz or dissatisfaction with the run-of-the-mill beverage, people flock to what's more exciting.
But does this excitement compromise the safety of your teeth? In short, the answer is no.

That's according to Dr. Edmond Hewlett, a professor in the University of California–Los Angeles School of Dentistry. A dentist for more than 35 years, he tells U.S. News when you drink sparkling water, carbon dioxide breaks down in your mouth and becomes carbonic acid. The question then becomes whether the acid is harmful

Hewlett says the best knowledge available shows no evidence indicating sparkling water harms tooth enamel – the hardest substance in the body – though he notes it's not an area studied intensely.

A study published last year in the Journal of the American Dental Association found that most commercially accessible U.S. beverages "are potentially erosive to the dentition," aka teeth's arrangement or condition.

The Atlantic cited a 2007 study that said, "It would be inappropriate to consider these flavored sparkling waters as a healthy dental alternative to other acidic drinks."

But Hewlett, also a consumer adviser for the American Dental Association, says that the acidity occurring in sparkling water is less in magnitude than what you might get with citrus juice or many sodas and sports drinks on the market. The more acidic the drink – think carbonated sodas with citric acid or bottled water with fruit derivatives – the greater the risk of tooth erosion with frequent consumption, he says.

So is there risk in drinking sparkling water after all?

"There is a theoretical risk of tooth erosion, but the drinks would have to be consumed over a long period of time," Damien Walmsley, a professor of dentistry at the University of Birmingham in England, told The Atlantic last year. "My advice is to keep acidic drinks to meal times, and if you have to sip drinks between meals, then plain water is the safest."

"For an average, healthy person, carbonated, sugar-free beverages are not going to be a main cavity-causing factor," Andrew Swiatowicz, a dentist in Wilmington, Delaware, told The Atlantic. "If you are at all concerned, you can always dilute the carbonated water with regular water, or even just swish with regular water after."

There's something else to keep in mind when drinking potentially erosive beverages. Hewlett says it's well-known in the dental community that people can have a habit of swishing or holding carbonated beverages in their mouths. Doing this with drinks that have higher erosion potential could evidently increase erosion risk.

One of his students found this out the hard way, seemingly developing tooth erosion from this habit when drinking diet cola beverages.

On a positive note, sparkling water serves as a good source of hydration, which can help temporarily increase saliva flow. This reduces your risk of tooth decay and buffers acid in the mouth as a protective factor.

Hewlett says the best beverage to drink for your oral health is water with fluoride, and head to a professional if you have erosion questions.

"Consulting with your dentist is the best way to address any concerns about erosion and get expert advice on what to do to either prevent it from happening or stop it from happening if it's already occurring," he says. 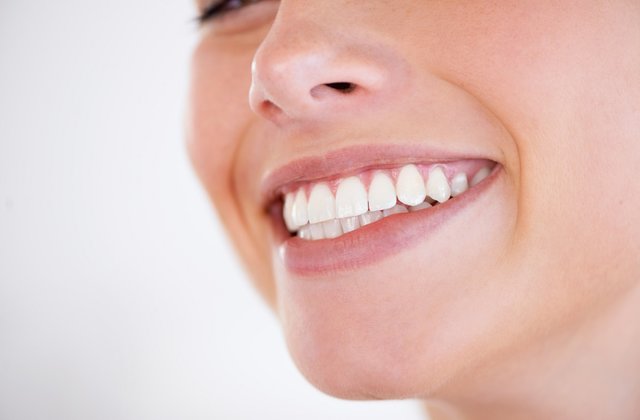