Tooth decay to be a thing of the past? Enzyme responsible for dental plaque sticking to teeth deciphered

The Groningen professors Bauke Dijkstra and Lubbert Dijkhuizen have deciphered the structure and functional mechanism of the glucansucrase enzyme that is responsible for dental plaque sticking to teeth. This knowledge will stimulate the identification of substances that inhibit the enzyme. Just add that substance to toothpaste, or even sweets, and caries will be a thing of the past. 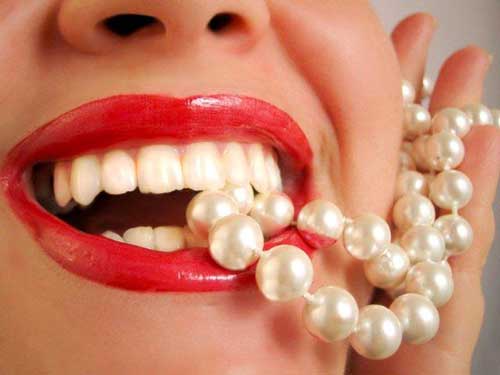 The results of the research have been published this week in the journal Proceedings of the National Academy of Sciences (PNAS).

The University of Groningen researchers analysed glucansucrase from the lactic acid bacterium Lactobacillus reuteri, which is present in the human mouth and digestive tract. The bacteria use the glucansucrase enzyme to convert sugar from food into long, sticky sugar chains. They use this glue to attach themselves to tooth enamel. The main cause of tooth decay, the bacterium Streptococcus mutans, also uses this enzyme. Once attached to tooth enamel, these bacteria ferment sugars releasing acids that dissolve the calcium in teeth. This is how caries develops.

Using protein crystallography, the researchers were able to elucidate the three dimensional (3D) structure of the enzyme. The Groningen researchers are the first to succeed in crystallizing glucansucrase. The crystal structure has revealed that the folding mechanism of the protein is unique. The various domains of the enzyme are not formed from a single, linear amino acid chain but from two parts that assemble via a U-shaped structure of the chain; this is the first report on such a folding mechanism in the literature.

The unravelling of the 3D structure provided the researchers with detailed insight into the functional mechanism of the enzyme. The enzyme splits sucrose into fructose and glucose and then adds the glucose molecule to a growing sugar chain. Thus far the scientific community assumed that both processes were performed by different parts of the enzyme. However, the model created by the Groningen researchers has revealed that both activities occur in the same active site of the enzyme.

Dijkhuizen expects that specific inhibitors for the glucansucrase enzyme may help to prevent attachment of the bacteria to the tooth enamel. Information about the structure and functional mechanism of the enzyme is crucial for developing such inhibitors. Thus far, such research has not been successful, states Dijkhuizen: 'The various inhibitors studied not only blocked the glucansucrase, but also the digestive enzyme amylase in our saliva, which is needed to degrade starch.'

The crystal structure also provides an explanation for this double inhibition. The data published by the Groningen scientists shows that glucansucrase proteins most likely evolved from amylase enzymes that degrade starch. 'We already knew that the two enzymes were similar', says Dijkhuizen, 'but the crystal structure revealed that the active sites are virtually identical. Future inhibitors thus need to be directed towards very specific targets because both enzymes are evolutionary closely related.'

Dijkhuizen points out that in future glucansucrase inhibitors may be added to toothpaste and mouthwash. 'But it may even be possible to add them to sweets', he suggests. 'An inhibitor might prevent that sugars released in the mouth cause damage.' However, Dijkhuizen doesn't expect that toothbrushes have had their day: 'it will always be necessary to clean your teeth.'